Please contact one of our showrooms to schedule an appointment. 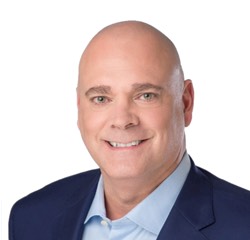 Chris has worked for Markraft not once, but twice! He took a summer job delivering cabinets for Markraft as a college student, later joining the company in 1994 as a full-time salesperson. By 1999, Chris was helping to open and manage Markraft stores in other locations – first Shallotte, then Myrtle Beach.  In 2001, Chris left Markraft to pursue other facets of the industry. (His brother, Cee, who had also joined the Markraft team right out of college, stayed.)

Over the next 17 years, Chris worked the dealer channel of the cabinetry industry with companies such as MasterBrand Cabinets and UltraCraft. In addition to corporate roles like Regional Sales Manager, Chris also founded two independent rep agencies with large, high volume territories spanning NC, SC, and TN.  Throughout, Chris always maintained a strong relationship with MarKraft as a customer of the products he represented. In 2018, MarKraft welcomed Chris back into the fold as Executive Director of the Apex division.

Outside of work, he loves spending time with his daughter, Sarah, a recent graduate of NC State. Chris also enjoys golfing, playing cards, and traveling. And, he is currently being trained by Cash, his new Labradoodle puppy.